Rich in history, Paphos was, in Greco-Roman times, the island’s capital, a title it retained for around 600 years.

The archeological wonders of Paphos have lead to it being placed on the UNESCO World Cultural Heritage List. Among the many unique sites are a number of intricate Roman floor mosaics – widely considered to be among the most beautiful in the world – depicting scenes from Greek mythology. Other sites of interest include the underground Tomb of the Kings and St Paul’s Pillar.

In terms of entertainment you can enjoy everything in Paphos from an open-air opera to dancing the night away. The city also boasts a wide range of restaurants where you can enjoy local and international cuisine.

With its typically Mediterranean climate, Cyprus is the perfect destination for a golfing and leisure holiday.

The mild Cyprus weather means that the island enjoys an average of 340 days of sunshine a year, with temperatures peaking at 36 degrees in July.

During winter months, Cyprus weather continues to be warm, allowing golfers to enjoy sunny golfing breaks to the island when many of Europe’s courses are experiencing harsh winter conditions.

Whether you love exploring unspoiled landscapes, discovering new food and wines, relaxing with your morning coffee or sunning yourself on sandy beaches, you can enjoy your perfect pastime in Cyprus…

The island is rich in history and boasts numerous sites of archaeological interest. Among the most iconic are the second century BC Greco-Roman amphitheatre at Kourion; Salamis, the site of an ancient city with Roman baths, villa and forum; and the Paphos Mosaics – widely heralded as some of the finest Roman floor mosaics ever discovered.

If getting away from it all is more your style, explore the Troodos Mountains by cycle or on foot, or – if you’re more adventurous – take a bike trek through the untamed wilderness of the Akamas peninsula.

In search of sun, sea and sand? Look no further than the picture perfect beaches of Ayia Napa and Protaras, both of which are surprisingly peaceful – but still perfect for a spot of sun worship – in May and September when the summer crowds have dispersed.

As you’d expect from an island that prides itself on its hospitality, food and drink are a big feature of Cypriot life. Away from the tourist crowds you’ll find smaller eateries offering great traditional dishes.

There is a long history of wine making in Cyprus – a fact that is celebrated every September at the Limassol Wine Festival. The island also boasts over 50 boutique wineries – many of which are in the Troodos Mountains.

If coffee’s your drink of choice, sample it either in the traditional Cypriot style – strong and black – or enjoy an iced frappe, made with coffee and lashings of milk.

You can even try the original chewing gum – mastic resin – which has been popular on the island since Roman times. Today it can be found in everything from face cream to biscuits, as well as in the original Elma brand chewing gum. 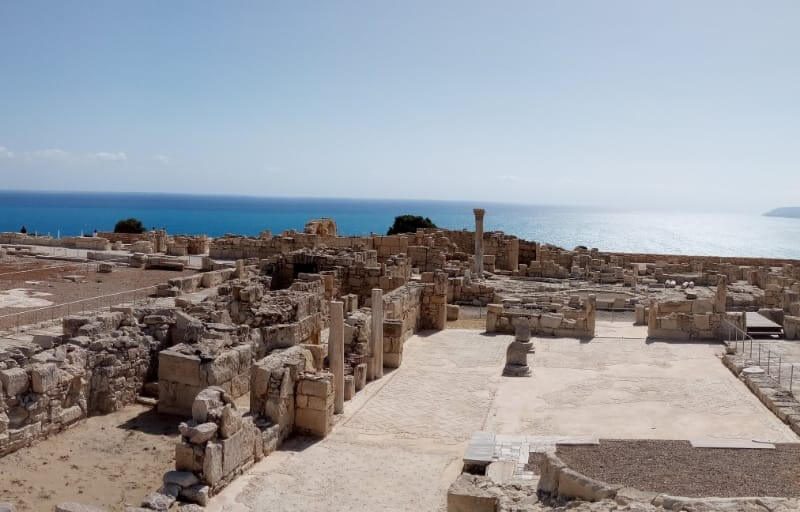